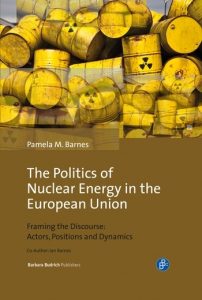 On the 4th of March the election for the next mandate of the Italian Parliament will take place, and once more the political scenario in Italy appears to be chaotic and poor at the same time. Is it because they know that Italian citizens are so tired of politics that certain political parties do not […]

Half of the country satisfied, approximately the same part suffering from a severe hangover. That is, in a nutshell, the main outcome of the Czech presidential elections whose final took place in the last weekend of January. The reason behind this division of Czech society lies in the approximately 3 percentage points that made the […]

The Czech Republic is a state whose political system is heavily based upon parliamentary power with government as the main executive body. This tradition, which was firmly set up after the Velvet revolution in 1989, for a long time implied an indirectly elected president with purely symbolic powers. In this way, Václav Havel was twice […]

Winning is undoubtedly a good thing and delivers nice feelings. Being a winner is a positive social role as well. But. There is always a ‘but’, particularly in politics. Including elections, the main championship in modern democracy. Here, being a too strong and clear winner can, after the euphoria from the lovely results is gone, […]

Elections in Austria? Again? Most non-Austrian react with bewilderment when they take note of the forthcoming Austrian elections on 15 October: elections, now? Have they not just voted? Indeed. On 4 December 2016 Austria had to re-run its presidential elections, with the quasi-Green candidate Alexander van der Bellen winning by a really small margin of […]

In ten days (October 19-20) Czech voters will go to the polling stations. After four years, they will decide once more about the future of Czechia – as the republic in the middle of the Europe is (unsuccessfully) trying to rebrand its name. And once more, these elections are portrayed as “important” or “path-breaking”, not […]

Italy before the elections: sliding slowly, eyes wide open, into durable decline? | Czech presidential elections: A divided society in the heart of Europe | Czech Presidential Elections: Audition for a Challenger | Winner Takes It All (Including the Troubles) | Following the German trend? Austria votes on Sunday. |

Between ‘Cynical Idealism’ and ‘Pragmatic Acceptance’ – The Politics of Nuclear Energy in Europe | The Czechs are going to vote. And strengthen the populists further. | Brexit, Scotland, and the Kingdom: a constitutional drama in four acts | Catalonia: Headlong into the unknown. | How Brexit Reveals the Inherent Flaws of Devolution |
Avatars by Sterling Adventures