The year 2017 is widely seen as hugely important for European politics, with general elections in key European Union member states Germany and the Netherlands – and perhaps even in Italy – and presidential elections in France. Following the United Kingdom’s Brexit vote and the election of President Donald Trump in the United States, populist parties have a real chance of dominating the campaigns in all the aforementioned countries. 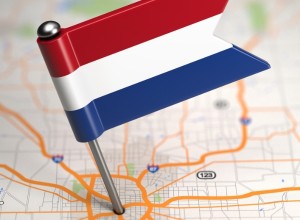 The country to kick of this string of elections is the Netherlands. General elections will take place on 15 March of this year and by the looks of it they may result in further fragmentation of the Dutch political landscape. Citizens can choose between no less than 28 parties, from established parties such as the Christian Democratic CDA, the Social Democratic PvdA, and the Liberal VVD, to relative newcomers such as the Party for the Animals, Jesus Lives and, of course, Geert Wilders’ Party for Freedom.

The Netherlands is one of the key examples of what political scientist Arend Lijphart has called a “consensus democracy”. Consensus democracies are characterised by multi-party systems and proportionate representation, with power being shared between different societal groups. The Dutch political process is shaped by broad agreements, consensus and coalitions, which should accommodate the wishes of political minorities. The period of pillarisation, lasting from approximately 1917 until halfway through the 1960s, represented the apex of Dutch consensus politics. During this period society was divided in four pillars (Catholics, Protestants, Socialists and Liberals) which had an impact on almost every aspect of life. Yet, even during the 1960s and 1970s, a period of de-pillarisation and increased polarisation, and later phases of more manifest political competition, a consensual approach has been at the centre of Dutch politics.

To this day, cabinet-formation as well as day-to-day politics requires coalitions. Collegial cabinets are responsible to and dependent on parliament. As a result, Dutch politicians have also been reluctant to consider the option of minority governments. One of the most prominent exceptions to this rule has been the CDA-VVD government, headed by Prime Minister Mark Rutte, which was dependent on support by Geert Wilders’ Party for Freedom. The outgoing government is a coalition of PvdA and VVD, once again with Mark Rutte. This government has had a majority in the main chamber of parliament, the House of Representatives, but required support from other parties to reach a majority in the Senate which needs to approve legislation agreed upon in the House.

Voter turnout has always been quite high in the Netherlands: above 70% since the abolition of compulsory voting in 1970. Yet, as has been the case on other countries, electoral volatility has increased as ideology, class and religion have become less important and party membership decreased. The dominance of the traditional parties has declined since the 1960s and smaller parties, such as D66 (Social Liberals) and GroenLinks (Greens), have come to play a lasting role in Dutch politics. On top of this, new parties have entered the political scene since the early-2000s, typically characterised by more radical views and populist tactics that appeal to dissatisfied voters. Some newcomers, such as Pim Fortuyn’s populist-conservative LPF party, only managed to last a short time. Yet, Geert Wilders has enjoyed more or less continuous success since the mid-2000s. 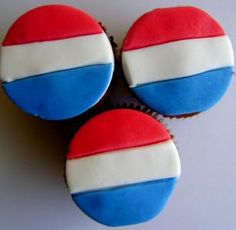 Dutch coalition and consensus building – no piece of cake!

An extremely low electoral threshold of approximately 0.7% and a system of proportional representation in a single, nation-wide constituency explain why so many parties can achieve parliamentary representation. In addition, party splits and mergers have been numerous due to internal differences – since the 2012 elections, eight Members of Parliament left their party to form six new parliamentary groups, quite a few of which are now standing for election. The high number of parties with parliamentary representation is one of the main disadvantages of proportional representation, as it complicates political decision-making. Coalition governments are based on often very detailed coalition agreements. These agreements are often the result of lengthy negotiations, the longest having taken 208 days – nowhere near the Belgian record of 541 days, but still. The last one took 54 days.

This seems to make it more difficult for opposition parties to influence policymaking. Yet, they do actually have a say, for example in the drafting of legislation in parliamentary committees. Consequently, opposition parties regularly support government legislation. And even while the influence of some new parties has been modest, they may have a more lasting impact on the programmes of established political parties and on political discourse in general. This is due to the fact that throughout Dutch political history established parties often adopted the ideas of new parties. This then is the main draw of a system of proportional representation: it accommodates the views of a variety of groupings in a country that has always been one of relative minorities.

The latest polls suggest that 14 out of 28 parties may actually make it into parliament on 15 March. Polls also suggest a close race between PVV and VVD for the title of biggest party, with each now polling at approximately 17%. CDA, D66 and the Greens are all at 10-11%, followed by PvdA at approximately 8%. As nearly all parties have ruled out a coalition with Geert Wilders, it seems quite likely that the next government will be based on a coalition between 4 or more parties. So, expect to see a lengthy negotiation process in which parties with rather different programmes will have to come to an agreement. In the past Dutch politicians have proven to be able to tackle this challenge. And unless some parties withdraw on their pledges not to work with Geert Wilders, they have to.

Dr. Patrick Bijsmans is assistant professor of European Studies at Maastricht University, the Netherlands. His research interests include the European public sphere, media coverage of EU affairs and Euroscepticism. At the occasion of the Dutch general elections, he has kindly accepted to make a guest contribution to the Alliance Europa blog.

View all posts by Patrick Bijsmans →