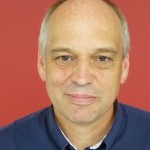 Taking Tony Judt’s A Grand Illusion? out of the shelf again. 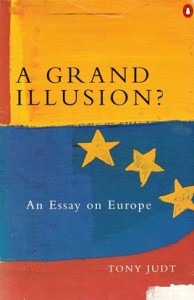 Revisiting a book on the general state and mid-term prospects of the European Union that was only written twenty years ago may turn out to be a very useful exercise. It puts into perspective the achievements and failures of what is a slow and long integration process. And it sheds an interesting, different, light on the present.

Tony Judt’s book A Grand Illusion?, published by Penguin, is a wonderful case in point. It’s a short, but dense essay of 130 pages, based on a series of lectures given in the mid-1990s by this renowned historian, a British citizen living and working in the United States.

Right at the beginning the author lists the three questions he wants to address in his book: ‘What are the prospects for the European Union? If they are not wholly rosy, why is that? And how much does it, in any event, matter whether a united Europe may or may not come about? (p. vii).

In his elaborate response to these questions, Tony Judt takes great care to draw the distinction between what may be considered the desirable outcome of the EU’s development and the possibility of it coming about. The least you can say is that there is a significant gap between the two. Judt remains more than doubtful with regard to the capacity of the Europe of 15 to realise its proclaimed objectives.

This book is written by a ‘Eurosceptic’ in the noblest sense of the word, before it was hi-jacked by the worst representatives of narrow-minded and populist nationalism. Judt sees no contradiction whatsoever in declaring himself at the same time ‘enthusiastically European’ and a ‘Euro-pessimist’. And the two are indeed not mutually exclusive: at the French referendum on the constitutional treaty in 2005, many citizens spoke about their deep disappointment when comparing their ideal of a united Europe with the prospects of the existing EU they were summoned to approve.

And like every self-respecting pessimist, Judt attributes the successes and achievements that European integration had nevertheless known simply to ‘good fortune’, an expression that is recurrent throughout the book and that translates a certain difficulty to explain why on earth Jean Monnet was so successful in his ground-breaking initiative, against all odds, and against the logic of ‘realism’. According to Judt, it is well ‘good fortune’, this ‘midwife of mid-twentieth-century Western European prosperity’ (p. 33), brought in by unique circumstances, that ‘fueled the vehicle of European unity’. Much more so in any case than ‘coal, labor, and dollars’ (p. 41).

As a result, to Judt, the ‘foundation myth of modern Europe  – that the European Community was and remains the kernel of a greater, pan-European prospect’ (p. 41), and the promise that this Europe would be ‘no mere neo-mercantilistic partnership of the rich and famous’ (p. 42) – is just that: a myth, and an empty promise. And he finds it difficult to have trust in this poorly identified object, born of a fortunate geopolitical configuration and both pushed and dominated by ‘separate and distinctive electoral concerns’ in the countries that made it up. (p. 23). 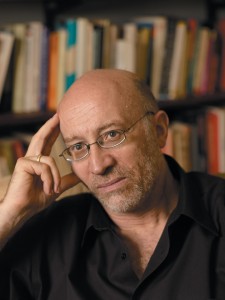 Tony Judt’s scepticism – which is always coloured with a good dose of melancholy perhaps due to his family roots in the heart of Mitteleuropa where he also drafted is book – does not allow him in 1995/96 to envisage that the European Union might actually be up to its historical task and overcome the old divisions of the continent. Quite the contrary: since ‘Western Europeans came to have a strong and growing interest in keeping Europe divided’ (p. 43), it seemed clear to him that they would perpetuate the exclusion of the poor cousins to the East. Not only for economic reasons, far from that: Judt sees an entire conceptual fault line running through the continent, when it comes to interpret what ‘Europe’ actually means, a ‘great gulf of uninterest and misunderstanding that separates east and west’ (p. 58).

On this point, as we know in hindsight, his profound scepticism misled him. The EU did integrate Central and Eastern Europe, sometimes even against the economic imperatives and despite serious shortcomings with regard to the rights of minorities or corruption. Where Judt is however more than clear-sighted is in his premonitions of the inevitable decline of the European Welfare State, which in his entire work he never ceased to praise as Europe’s greatest civilizational achievement. His concerns about the increased pressure he saw at work on social solidarity and cohesion all across the continent have been confirmed over the last two decades. And his analysis of both the predictable deepening of social inequality and the effects of demographic change and mass immigration, which he thought would inevitably lead to the resurgence of a reactionary and rancid nationalism, read today like an anticipation of populism triumphant in 2016.

At the end the author wonders whether the European Union had not better admit to itself that the famous ‘ever closer union’ simply is ‘impossible in practice, and (…) therefore perhaps imprudent to promise’ (p. 129). And he ends up a spokesman of neo-protectionist and sovereigntist voices when he concludes that it might well be possible that ‘the old-fashioned nation-state is a better form in which to secure collective loyalties, protect the disadvantaged, enforce a fairer distribution of resources, and compensate for disruptive transnational economic patterns’ (p. 130).

With such a conclusion, the reader is entitled to wonder why the title of the book actually carries a question mark. But even if Tony Judt’s elegant prose constitutes no doubt Europessimism’s finest clothes, it may not be as ‘realistic’ as it wants (and claims) to be.

To start with, it suffers, as Stanley Hoffman pointed out in his review in Foreign Affairs (No. 76, Janvier 1997, p. 139-145), of ‘exaggerations, contradictions and omissions’ that are characteristic to this type of Euroscepticism. According to him, Tony Judt’s book is certainly a remarkable essay, but at the same time a ‘jeremiad too fond of gloom and doom’.

I couldn’t agree more with this friendly criticism. The greatest shortcoming of A Grand Illusion? is no doubt the total lack of consideration for any kind of idealistic motivations in the setting up of the European community. These have, however, never been entirely absent in the difficult process of European integration. To reduce the historical miracle of genuine and deep-reaching reconciliation between France and Germany to a kind of pragmatic negotiation and bargaining, falls a little short of the truth. And reveals quite a bit about the perception the author has not only of international relations in general, but also of human nature. This perception is of course perfectly legitimate, but it only tells half the story.

A fascinating second reading for a book that, twenty years on, makes the reader aware that the coughing engine of the European bus actually still progresses on the bumpy road of integration (even if some passengers prefer to get off). A ride which is certainly never satisfying for Euro-enthusiasts, but a lot smoother than predicted by the Euro-pessimists.

The French version of this post kicked off
the ‘relecture’ series on the Alliance Europa blog.

Following the German trend? Austria votes on Sunday. | The Czechs are going to vote. And strengthen the populists further. | How Brexit Reveals the Inherent Flaws of Devolution | Change of mood on the Euro. Even at EUSA 2017! | Economics as a social science |