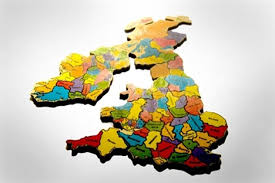 While the debate on Brexit remains heated, with all eyes fixed on the ongoing negotiation process and its consequences for both the EU and the UK, it is important to remind oneself that the United Kingdom does not only consist of the four ‘home nations’, but also of a variety of regions. In other words: Brexit has interconnected aspects that, although apparently less controversial, have significant impact on the daily life of people.

An excellent seminar on this regional perspective was organised by Professor Ignazio Cabras at Northumbria University last July. It brought together academics, business representatives, trade unions and local authorities and provided an excellent forum to exchange ideas on The Implications of Brexit for the Future of Devolution in the North East of England and for the Northern Powerhouse, as the event’s title had it.

The seminar was opened by Professor Keith Shaw with a key-question that dominated the discussion during the entire day: where will the powers repatriated by Brexit actually end up?

The relatively young process of devolution of power in Britain has been, for historical reasons, an asymmetric one. Today we observe a sort of race among the regions with the objective to obtain more competences and control from London. A flurry of local entities at different levels (municipalities, regions and intermediate authorities) negotiate devolution deals with the central government not only to get funds, but also to obtain the necessary powers to use them and to implement local policies. The results of these negotiations may vary depending on numerous factors. The territorial entities that can count on more experienced negotiators, for example, are likely to achieve better concessions. Among others, the capacity building at the local level is a key-issue For administrators involved in the negotiations and for those exercising new competences.

Discussing the implications of Brexit for the North East.

The UK is considered, as a whole, a net contributor to the EU budget. There are, however, some areas like the North East of England who are net beneficiaries. Hence, the disappearance of financial resources redistributed by the EU as a consequence of Brexit will create a budget problem. In addition, this region is a strong exporter to the EU’s internal single market and, given its own demographic limits, its industrial sector needs to attract workers. Thus, the risk of economic downturn is taken into account by both the business representatives and the local authorities.

This whole situation triggers a fierce competition among local entities to get the best possible deal with the government. However, like in all races, where there are winners there are of course also losers. Brexit is revealing a highly fragmented society and the pressure it puts on the devolution process is likely to constitute an additional factor of division: the transfer of financial resources and competences from the centre to the periphery is not homogeneous. It depends on how local needs are determined, and it is almost inevitably a producer of perceived injustice. 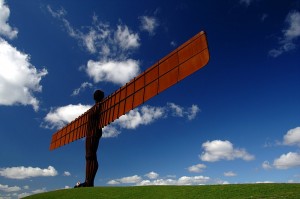 Further concerns were raised during the seminar. On the one hand, the business representatives are worried about the negative economic impact of an exclusion from the EU’s internal market. On the other hand, the trade unions are afraid that, at the end of the day, the weaker social classes will be the ones that will finally pay the cost of the Brexit. They have good reasons to be concerned: with the ‘European Union (Withdrawal) Bill 2017-19’ (also called ‘Great Repeal Bill’), the UK intends to transpose the directly applicable EU Law into domestic law; after that, the rules will be changed on a case-by-case basis not only by the Parliament, but also by the Government through the delegated powers. There is no guaranty that the common standards of the EU, for example in terms of consumer rights and labour rights, which are higher compared to other areas of the world and strongly protected by the Court of Justice of the EU, will remain untouched.

The devolution process is considered necessary in the UK because the country’s economic growth and productivity is uneven. However, if the way in which it is pursued is as unbalanced as it appears today, rather than mitigating the fragmentation of society, there is a risk of aggravating the differences between urban and rural areas and the wealth gap between social classes.

Antonella Forganni is head of the Department of Management and Corporate Environment at ESSCA, and a researcher at the EU-Asia Institute.

View all posts by Antonella Forganni →