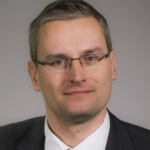 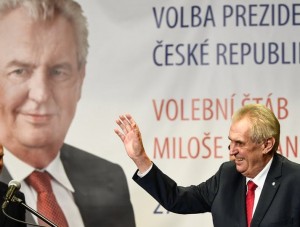 Five more years: the old and new President of the Czech Republic.

Half of the country satisfied, approximately the same part suffering from a severe hangover. That is, in a nutshell, the main outcome of the Czech presidential elections whose final took place in the last weekend of January. The reason behind this division of Czech society lies in the approximately 3 percentage points that made the difference between the winner, incumbent president Miloš Zeman, and the unlucky loser, Jiří Drahoš. Apart from confirming Miloš Zeman in the office for the next five years, the vote put a stamp on conflicts and differences hidden in the heart of Europe.

The second round of the elections was held two weeks after the first clash, which could be described as ‘an audition for a challenger’. Here’s a brief recall: Mr Zeman almost did not participate in the campaign as he was sure that he would qualify for the run-off. The first round thus had to answer just one question – who would be the challenger for the real battle? Among 8 contenders, Mr Drahoš achieved a clear victory. Even though the difference between him and Mr Zeman was around 10 percentage points, the support for him expressed by a majority of losers gave him a solid chance to turn the run-off into a dramatic event.

The campaign before the second round was surprisingly calm. That applies particularly to Mr Zeman´s camp who was expected to trigger some kind of scandal or personal attack targeting Mr. Drahoš. Billboards with slogan ‘This country is ours! Stop immigrants and Drahoš! Vote for Zeman!’ emerged everywhere, but nothing serious compared to the campaign before the 2013 second round, when Mr Zeman’s rival Mr Schwarzenberg had to face fake allegations that his family were Nazis. Mr Drahoš, instead of increasing his presence on billboards, focused on campaigning in regions. He intended to increase his visibility there and to change his perception as the ‘Prague coffee house candidate’.

The main interest was thus focused on the TV debates. Over the weeks before, Mr Zeman had refused to participate in any such debate, claiming that his views were broadly known. But after the first round´s results were announced, he – as he did in many cases before – changed his mind completely. The reason behind this switch was a tactical and strategic one. Mr Zeman is believed to be a very experienced and swift discussant, perhaps one of the best in Czech politics. On the contrary, Mr Drahoš had already demonstrated in the discussions prior to the first round that a sharp tongue is not among his most dangerous weapons. Hence, Mr Zeman´s team announced that the incumbent president was willing to participate in four debates. Mr Drahoš promptly refused this obvious trap disguised as an offer, agreeing to two debates instead. As a result, there were four debates in the end, but just two of them including both gentlemen. The debates broadcast by the most important commercial TV station TV NOVA and by TV Barandov – a minor station very close to Mr Zeman – were attended just by Mr Zeman, featuring empty chairs prepared for Mr. Drahoš.

TV ‘battles’ involving both candidates were broadcast during the last week prior to the voting. The first show run by TV Prima, another influential commercial TV station, resulted in Mr Zeman’s clear victory. With a totally unprepared and invisible anchorman and the support of an aggressive audience clearly hostile to Mr Drahoš, Mr. Zeman did not miss his chance. Even the screenplay favored him, as the main thematic areas – migration policy or smoking ban in pubs – enabled him to widely use his famous witticisms and half-truths tactic. In such an atmosphere Mr Drahoš – most of the time not allowed to complete a single sentence, being interrupted either by Mr Zeman, or by the audience – looked like a poorly prepared student.

The second and last debate, in this case hosted by Ceska televize, the public service broadcaster, offered a completely different picture. Mr Zeman had to face tough questions, conditions for both participants were the same and there were no interventions from the audience. This led to two interesting outputs. First, the result of the debate was much more balanced than in the first debate even though Mr Drahoš did not manage to go beyond his image of a hypercorrect retired scholar. Second, Mr Zeman adopted a completely different style suppressing his vanity and populism. The prevailing interpretation of the debate – it had been broadcast the very evening before the second round started – was that the chances of both candidates were very close.

This, however, turned out not to be the case. From the start of the counting of votes on Saturday afternoon, Mr Zeman had a comfortable lead of around 12 percentage points. When one third of districts was counted, the difference still remained around 10 percentage points suggesting Mr Zeman’s victory. Numbers from larger urban areas – and particularly from Prague, the main bastion of Mr Drahoš – just narrowed the result. At the end of the day, the outcome was 51.36 % of votes for Mr Zeman and 48.63 % for Mr Drahoš. The turnout reached 66.6 % surpassing interest in the first round by more than 5 percentage points.

The jubilation and cheers heard in the victory camp and the visible disappointment among Mr Drahoš’ supporters point to conflicts and cleavages which have emerged in Czech society over the last couple of years. Mr Zeman was heavily supported by less educated, poorer and often frustrated people, whose motivation can be summarized by the slogan ‘against globalization’. On the contrary, Mr Drahoš collected votes among the elites – the more educated citizens from the cities, open to other cultures. In this sense, Czech society follows the trend that has emerged in many European countries in recent years. The presidential vote confirmed that there are two parallel societies living in the heart of Europe – each of them praising their own values, pursuing their goals and hardly listening to the other any more.

The impact of the vote for the future of the Czech Republic is yet unclear, but there a not many reasons to be optimistic. Mr Zeman, right after the result became official, said that this victory was his final one, after which no defeat would follow, adding that he would like to unite Czech society. But hardly anybody expects that his second term will substantially differ from the first one. Further attempts to increase his power and influence as well as to enforce his and his allies´ goals may thus be expected.

Between ‘Cynical Idealism’ and ‘Pragmatic Acceptance’ – The Politics of Nuclear Energy in Europe | Italy before the elections: sliding slowly, eyes wide open, into durable decline? | Czech Presidential Elections: Audition for a Challenger | Winner Takes It All (Including the Troubles) | Following the German trend? Austria votes on Sunday. |

Czech presidential elections: A divided society in the heart of Europe | The Czechs are going to vote. And strengthen the populists further. | Brexit, Scotland, and the Kingdom: a constitutional drama in four acts | Catalonia: Headlong into the unknown. | How Brexit Reveals the Inherent Flaws of Devolution |