Maria Fletcher is Senior Lecturer in European Law at the University of Glasgow. She researches in the field of EU Criminal Justice and EU Citizenship and Immigration and has recently co-edited a book on the EU as an Area of Freedom, Security and Justice (2017, Routledge). She is an Associate Editor of European Papers (Europeanpapers.eu) and she is co-founder and on the management board of the Scottish Universities Legal Network on Europe (sulne.ac.uk).

Rebecca Zahn is Senior Lecturer in Law at the University of Strathclyde. She researches in the field of labour law (national, European and comparative) and is the author of New Labour Laws in Old Member States (CUP, 2017). She serves as the elected Secretary of the University Association for Contemporary European Studies (UACES) and is on the management board of the Scottish Universities Legal Network on Europe (sulne.ac.uk).

The European Union (EU) referendum result has led to the unfolding of a domestic constitutional drama in the United Kingdom, which on its current trajectory could lead to its break-up. This is the first of two blog posts which maps the initial trajectory by considering the roles of the key institutional actors in the drama so far. The second post  will consider the impact of the European Union (Withdrawal) Bill, published in July 2017 and to be debated by the UK Parliament in Autumn 2017, on this constitutional drama.

Within the framework of the current devolution settlement, the UK’s withdrawal from the EU will mean that Scotland also leaves, despite 62% of the Scottish electorate voting to ‘remain’. However, EU law is embedded within Scotland’s devolved constitutional landscape – the devolved administrations are required to honour the obligations of EU law – and a UK withdrawal from the EU will have direct and significant impacts on the devolution settlement as currently designed.

This sets the scene for a constitutional drama which has been slowly unfolding since 24 June 2016. 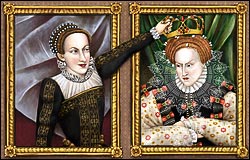 The referendum result has prompted calls from Scotland’s First Minister to ‘take all possible steps and explore all options to give effect to how people in Scotland voted.’ Short of a second independence referendum which, if successful, would allow Scotland to become an EU Member State in its own right, consideration, as promised, has been given to whether Scotland could remain in the EU without seeking independence in two position papers: Scotland a European Nation and Scotland’s Place in Europe.

Although legally feasible, implementation of the plan set out in these papers would require a high level of political will and legal creativity at both the UK and the EU level. However, the UK Prime Minister has not so far shown any signs of willingness to permit Scotland to negotiate a differentiated position as part of the Brexit negotiations.

The UK Government’s reaction to its counterpart’s calls from Holyrood to respect the decision of Scottish voters to remain in the EU has been muted. Aptly summarised under the title of the ‘May Doctrine’ the UK Government is said to be proceeding on the basis of two assumptions: first, that a certain course of action, namely Brexit – however vaguely defined in its specifics – is irresistible. Second, that the UK executive alone has direct responsibility for the implementation, delineation and definition of Brexit (Blick, 2016).

The ‘May Doctrine’ is clearly enunciated in Theresa May’s Brexit speech, given on 17 January 2017, in which the Prime Minister made it clear that there would be no accommodation of Scotland’s desire for a differentiated relationship with the EU. Doubts were also cast in this speech, and in the government’s subsequent White Paper, over the future remit of the Scottish Parliament. It is often assumed that those powers currently exercised by the EU which fall within devolved competence will be repatriated to the Scottish legislature. In her speech, Theresa May instead suggested instead that it would be left to the UK Parliament (with no mention of the devolved administrations) to decide on any future changes to the law. This position has been confirmed in the publication of the European Union (Withdrawal) Bill; a preliminary overview of which can be found here (for more detail on the devolution aspect see blog post 2).

Despite much rhetoric to the contrary the UK government’s position on Brexit expounded to date appears to diminish rather than value the devolved constitutional landscape of the UK and the voices of the administrations within that. There is no legal means by which those voices can be taken into account and a flawed intergovernmental talking shop (the Joint Ministeral Committee) is apparently not providing a meaningful forum for genuine discussions based on mutual trust and respect. With the stakes so high, this is a sorry situation indeed, and in all likelihood, a constitutional collision course in the making. 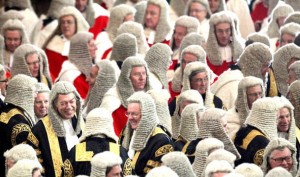 The Supreme Court has taken the place of the third actor in this constitutional drama. In R (on the application of Miller and Dos Santos) v Secretary of State for Exiting the European Union [2017] UKSC 5 the Court was asked whether the UK Government had the power to give formal notice of the UK’s withdrawal from the EU (to ‘trigger article 50 TEU’) without prior parliamentary authorisation through a legislative Act. The outcome of the case in respect of this question is well known: namely that an Act of Parliament is required to authorise ministers to give notice of the decision of the UK to withdraw from the EU. However, the Court was also asked to examine the role of the Sewel Convention which provides that the UK Parliament will not normally legislate with regard to devolved matters without the consent of the Scottish Parliament. Given that the decision to leave the EU directly impinges on a considerable part of the work of the Scottish Parliament and Scottish government on issues ranging from agriculture and fisheries, environmental protection to higher education and research, the argument was led that the UK Parliament required the consent of the Scottish Parliament before it could trigger Article 50 TEU.

The Supreme Court unanimously held that the Sewel Convention effectively restates a constitutional convention rather than a legally binding obligation. The Court did not reach a conclusive decision on whether consent was required as a matter of convention but did decide that the devolved legislatures lack the legal power to block the triggering of Article 50 TEU.

The decision of the Court in this respect may well contribute to the heightening of tensions within our current constitutional drama as the European Union (Withdrawal) Bill will be subject to approval by the Scottish Parliament through a legislative consent motion. Both the Welsh and Scottish governments have indicated their refusal of consent following the publication of the Bill (see blog post 2). 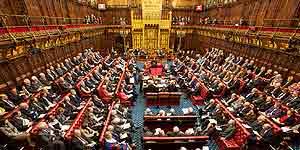 The Supreme Court’s decision in Miller has been described as simply putting ‘the Brexit ball firmly back in the [UK] parliament’s court.’ Only it, through the adoption of a statute – and not the UK Government – could allow Article 50 TEU to be triggered and both the House of Commons and the House of Lords agreed to give the Prime Minister the power to trigger Article 50 TEU. The UK’s notification of withdrawal was sent on 29 March 2017. The UK Parliament will have a significant role to play in relation to the EU (Withdrawal) Bill and will be required to adopt a raft of additional legislation (yet to be drafted) within an extremely short timescale.

All eyes are now back on the Houses of Parliament as the European Union (Withdrawal) Bill makes its way through the legislative process. The disappointing outcome of June’s general election which returned a ‘hung’ parliament has seemingly emboldened some (government and opposition) MPs to question the government’s stance on Brexit. At the same time, the Scottish government’s position has been seriously weakened by the loss of many of its MPs in the election.

The Bill itself may result in fundamental changes being made to the devolution settlement and given that devolution has embedded itself increasingly into the fabric of the UK constitution over its almost 20 year history, it seems unconscionable that it might be at breaking point – but on the basis of performances given thus far in the drama, it is, at least when viewed from North of the Border.

This blog post is a shortened version of a longer piece
which appeared as M. Fletcher and R. Zahn,
‘Brexit, the UK and Scotland: the story so far:
A constitutional drama in four acts’
in G. Hassan and R. Gunson, Scotland, the UK and Brexit:
A Guide to the Future, Luath Publishing, Edinburgh, 2017