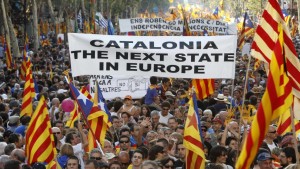 Come October, something with high political voltage will happen in Catalonia and, therefore, in Spain. The main question is that nobody knows exactly what will be. The Catalan Government is strongly committed to holding a referendum on Catalan independence, while the Spanish central government is just as strongly committed to preventing anyone from taking part in it. As a result, uncertainty is at its maximum.

On 6 September, the Catalan regional parliament passed a piece of legislation calling for the forthcoming Catalan-wide referendum on 1st October. This had been its political commitment since its election in 2015. The problem with this legislation is that, in order to be fully operative, it must break the current Spanish Constitution (and even the current Catalan regional constitution!). The legislation was approved after midnight, while the opposition left the parliament in a sign of protest and civil servants refused to stamp their signature on it. The Catalan independentist parties hold the majority of seats, but they represent less than 50% of voters. The opposition parties – Ciudadanos/ALDE, the Popular Party (PPE), Catalan Socialist Party (S&D) – fought against the approval while the leftists from CSQP/GUE-NGL were also critical but with a high level of internal division on the issue.

Since that night, all the Spanish institutions have worked hard in order to avoid the referendum: the Constitutional Court decided to suspend the referendum legislation; the General Attorney announced new complaints for everyone who co-operates with the referendum; the central Government announced to freeze the bank accounts of the Catalan Government; and different police corps (national, regional and even local) were asked to pursue any initiative in favour of the referendum, including the capture and seizure of any propaganda. As a last resource, Spanish Government can trigger article 155 of the Constitution which allows it to suspend the Catalan autonomous government. This would be a kind of constitutional ‘nuclear bomb’ with unforeseeable consequences.

While this offensive is carried out, the Catalan government continues with the idea of holding the consultation, asking local authorities to support the initiative by providing local institutions to become electoral stations. By this moment, around 700 out of 900 local authorities have joined the referendum. For the Catalan independentist government, the reasoning is simple: the Spanish Constitution and the Regional Constitution do not rule in Catalonia anymore. Instead, there is the law of the referendum and an approved law of transition, both of them being suspended by the Spanish Constitutional Court. The Catalan government is claiming that their aspirations are grounded in international law, but no international organization has openly supported them. 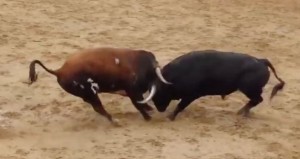 Social polarization is deepening. Despite the fact that Catalan society is almost equally divided into two halves, with a little advantage for non-secessionist positions, non-nationalist Catalan citizens feel the Catalan government does not care about them. At the same time, the political mobilization of secessionist groups is much higher, occupying more space in the public debate. Fortunately, until now, no violence has appeared in the streets. In the rest of Spain, the parties of the left are looking with suspicion on the efforts of the Central Government to repress the referendum, criticizing the way in which Mariano Rajoy decided to tackle this challenge.

The reasons for this situation are both historical and cyclical. Catalonia was used to having a special self-government status from the Middle Ages until the XVIII Century, when a new royal dynasty – the Bourbons – decided to put an end to it. In the Second Republic, between 1931 and 1936, Catalonia partially recovered its self-government, but over the following decades, Franco’s regime treated it with a high level of repression. During the democratic transition in the 1970s, a new status of autonomy was granted, but the old level of self-government never came back. Only in 2006, a new regional constitution recovered a higher amount of autonomy, but the Popular Party asked the Constitutional Court to review it. The result was a new cut in self-government in 2010, which triggered a high level of despair and disappointment within a majority of the Catalan society.

Besides these historical reasons, cyclical reasons count as well. The recent economic and institutional crisis has eroded the political compromise between the Catalans and the rest of the Spanish people. Independentist tendencies have grown during the economic crisis, although most of the independentist voters are located in the middle and upper classes. They claim that Catalonia is not receiving enough funding to develop their self-government, while they pay much more taxes than other regions. Nationalist calculations pretend that this deficit is around 16 billion euros per year, while non-nationalist economists talk about a much lower figure, around 2 billion.

Although much needed, dialogue seems to be unlikely at this stage. Like in the chicken game, where two cars are approaching in the same road, each one expects the other to withdraw from the pavement, dreaming to achieve a great political success. But after years of strong public declarations concerning the right to self-determination by one side and the unity of Spain and rule of law by the other side, stepping down now might be seen as a signal of weakness. Last opportunities to find an arrangement that would have been acceptable for everyone were wasted between 2006 and 2012. As things look now, it’s not the time for being too optimistic.

José Moisés Martín is an economist and public policy consultant, member of the "Economistas Frente a la Crisis" (Economists against the crisis) group. He is a regular columnist in the Spanish media.

One Response to Catalonia: Headlong into the unknown.