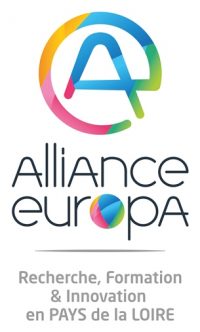 Bonjour! And warm greetings from the University of Nantes, where the office of “Alliance Europa” is hosted. Alliance Europa is a new and – as we hope: innovative – regional consortium in European Studies. Initiated and supported by the authorities of the Pays-de-la-Loire, it brings together the researchers of 19 laboratories or centres based in higher education institutions between Le Mans, Angers and Nantes, in a common “Institute of European and Global Studies”. The new institute wishes to encourage interdisciplinary projects between its partner institutions, and both streamline and internationalise the rich offer in European Studies programmes and degrees provided by the different institutions of higher education across the region.

But Alliance Europa wants to be more than that. It was created in 2015-16 against the backdrop of a Europe in crisis, facing many political, societal and cultural challenges under the pressure of the globalisation process. More than ever, it is necessary to quit the Ivory Tower, join the debate, and build bridges between academic research and civil society. 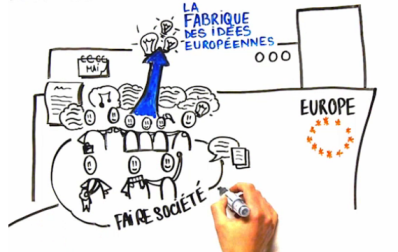 Against this backdrop, Alliance Europa has launched “The Factory of European Ideas” (La fabrique des idées européennes), a laboratory of social innovation which has the vocation to be a “project nursery” where academics, civil society and socio-economic actors can join to test new ideas, from one-off events to larger associative initiatives. The first projects are under way – they concern cultural and pedagogical European projects, but also the association “European Migration Law”.

For the time being, Alliance Europa communicates mainly in French, on its website, on Facebook or Twitter. But thanks to “Ideas on Europe”, this is changing today. This blog will allow us to share a selection of articles previously published in French on the Alliance Europa multiblog named “L’Europe en jeu !” The first one is already scheduled for this week.

Stay tuned and feel free to get in touch!