Yves Pascouau is Director of Migration and Mobility Policies at the European Policy Centre (EPC), Brussels, and leader of the European Migration Law project at Alliance Europa. 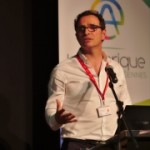 The Malta Declaration, on the external dimension of migration, was adopted by the members of the European Council at an informal EU Summit in Valetta on Friday 3 February 2017. Its adoption represents the continuation of a ‘one-eyed’ security-oriented strategy which impedes a more holistic vision of EU migration law and policy.

Daily tragedies in the Mediterranean Sea, the ‘refugee crisis’ and the growing terrorist threat have created a sense of political emergency that has reinforced member states’ focus on border management and return policies. The security-orientated approach to migration issues is not new but has gained increasing traction. The main objective now is to ‘stem the migrant flows’.

In this context, the results of the EU-Turkey deal have been lauded as providing vindication for the methods used to pursue that objective. Thanks to financial support from the EU, as well as certain other inducements such as visa liberalisation, the Turkish authorities have agreed to improve their border management. Together with the closure of the Western Balkan route and the reintroduction of internal border checks in the Schengen area, the EU-Turkey Statement helped to decrease the number of arrivals to the EU via the Eastern Mediterranean. 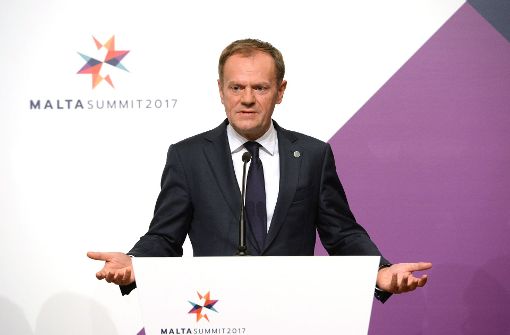 In a result-driven world that cares little for costs and effects, the EU-Turkey Statement is perceived as being a silver bullet that could be transferred to that other major entrance point of maritime migration: the central Mediterranean route. As Donald Tusk stated after a meeting with the prime minister of Libya: ‘We have discussed the example of our cooperation with Turkey and other countries in this part of the region. Now it is time to close down the route from Libya to Italy’.

However, replicating the EU-Turkey Statement with Libya is unworkable. Unlike Turkey, the Libyan ‘Government of National Accord’ which the EU is cooperating with, does not have full control over its territory. Unlike Turkey, Libya cannot be offered inducements such as accession talks or visa liberalisation. And finally, as the amount of financial support that Libya could receive is far below that which has been accepted by Turkey, Libya may well decide to increase its asking price.

In addition, the EU may find that solely focusing on migration management issues in its relations with African countries will be difficult. While third countries may need political and financial support, helping the EU with better managing migration flows may not be in their interest. Most African states do not want to keep their young and unemployed generation at home. Locking them into the country would in the end lead to further irregular migration. Hence, more options like legal migration, resettlement solutions, external processing and actions to limit push factors have to be included in the discussions.

The declaration does not go that far. It attempts to convince citizens that strong border management and return policies will help to stem migrant flows and will disrupt the business model of smugglers. This is hypocritical and highly questionable. One reliable option to destroy smuggler networks resides in the ability to offer migrants the opportunity to move legally, and therefore safely, to the EU. As long as EU governments refuse to address this policy imbalance, they will contribute to the existence of criminal enterprises.

One complementary way of dealing with the issue would be in external processing. Such a mechanism under an EU perspective is threefold. First, to examine asylum claims in a third country. Second, to resettle people whose right to asylum has been recognised in the EU. Third, to (voluntary) return migrants to their country of origin. An implicit reference to this is made in the declaration where leaders agree to seek ‘to ensure adequate reception capacities and conditions in Libya for migrants, together with the United Nations Refugee Agency (UNHCR) and International Organization for Migration (IOM)’. While this reference is minimal, it shows that discussions are at least underway. But discussions are not enough if they do not lead to acceptable and fair solutions.

Ahead of the Malta summit, the IOM and the UNHCR have indicated that establishing extra-territorial processing of asylum seekers in Libya and in North Africa is not appropriate at this time. The implementation of such a mechanism requires that a series of conditions have to be met, including a stabilised political situation in Libya and the establishment of adequate reception capacities and conditions for migrants. Whatever the political priorities are, turning external processing facilities into closed and militarised centres will in no way be an acceptable answer. The process must consider the rights of migrants and refugees and be based on the full involvement of the UNHCR and the IOM.

There is no silver bullet solution for the challenges ahead. Instead, the EU must develop policies that look beyond the immediate political climate and produce a concrete set of proposals that are capable of addressing migration with a holistic and all-encompassing approach. The spirit that guided the Union’s founding fathers in 1957, a spirit grounded in hope, tolerance and freedom should inspire modern EU leaders to take bold decisions in order to fully respond to the challenges posed by migration to the EU. The 60th anniversary of the Rome Treaty could be just the occasion where the Union could make a serious effort to reconnect with that founding spirit in the context of migration. Unfortunately, for now, the Malta Declaration provides a stark warning that the EU is in danger of becoming a blind king.