Ask not whether the European Union is a federation or not, ask what Europe can teach us about the very concept of federation!

In a nutshell, this is one of my major take-homes from a particularly enriching seminar held in Nantes on 17 February at the Chair of European Philosophy of Alliance Europa. Olivier Beaud, constitutional lawyer at the University of Paris (Panthéon-Assas) and one of France’s best-known theorists of the State, discussed his ‘Theory of Federation’ with Julien Barroche 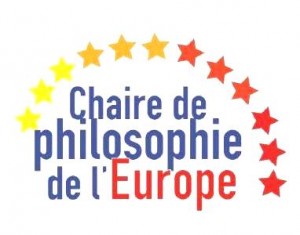 from Inalco and Sciences Po Paris.

Olivier Beaud declared himself absolutely not convinced by the eternal ‘sui generis’ categorisation of the European Union. The widespread use of this comfortable conceptual no man’s land is no doubt due to a certain intellectual laziness (and the desire to keep the poisonous ‘F’-word out of the debate). It keeps the researcher from thinking the idea of federation to the end. Julien Barroche agreed: he called the ‘sui generis’ model a ‘conceptual imprisonment by retroactive rationalisation’.

Oliver Beaud took things even further: for him, the well-known dichotomy between ‘federal state’ and ‘confederation of states’ is yet another ‘obstacle to thought’. The real antagonism lies between ‘federation’ and ‘state’, the former standing for a dualism of structures, the latter for unicity (almost like the difference between stereo and mono :-).

If a federation is a ‘union between states that decide to unify in order to become something else’, a state that enters a federation ceases to be a state strictu sensu. The entities formely known as states do not disappear – they are the creators of a new judicial being, an association in which they remain present and on whose development they maintain an influence.

According to Olivier Beaud, our vision has been blurred by the nomenclature of international law, which has imposed the exclusive domination of the (nation-)state as actor. But this vision is nothing short of an ‘excessive simplification’, because it keeps federations and their specificities out of the radar.

Julien Barroche and Olivier Beaud, welcomed by Arnauld Leclerc from the Chair of European Philosophy.

Of course, the European Union is, despite a series of federative elements, an incomplete federation. Its most striking paradox is that, as federation, it was created on the basis of concerns for security and prosperity with regard to the exterior – Julien Barroche quoted Raymond Aron for whom a federation is ‘resolutely decided to defend its identity towards the exterior’ – while it is exactly this unicity towards exterior threats that is both needed and lacking on the European level.

Taking the historical evolution of the United States of America as a benchmark for how federations behave, Olivier Beaud noted that Europe has not known the same centralising shift from federation to State that the US underwent under the pressure of successive wars. Neither is it capable and willing to ensure, especially with regard to current dramatic infringements on democracy in Hungary and Poland, the minimum homogeneity of political regimes within its federation.

He finished  – of course! – with a thought on Brexit.

In a federation, unilateral secession is by definition illicit. And until the introduction of article 50 in the Treaty of Lisbonne, it was not foreseen in the EU either. Article 50, however, was conceived as an element of compensation during negotiations, as an option permanently available to member state, thus bringing the incomplete European federation one step further back, in the direction of becoming merely an international organisation.

There was another lovely conceptual take-away in waiting at the end of this dense and inspiring seminar. It was offered by Jean-Marc Ferry, who holds the chair in European philosophy in Nantes. In his concluding reflection, he suggested to think about the incompatibility between federation and sovereignty in a different, differentiated light. In reference to the concepts of negative and positive liberty developed by several philosophers from Friedrich Wilhelm Hegel to Isaiah Berlin, he proposed the concepts of negative and positive sovereignty, the former being exemplified in Brexit as the kind of (fake) sovereignty that is still available to member-states, while the latter, as capacity to act and take control of one’s destiny, is the one which a member-state has definitely lost when entering the federation and which can only be recovered and enacted collectively.

Given the sheer quality of the debate, I was not surprised to see that among the public no one was looking at their computer screens or smartphone displays (a welcome change from what has become the norm of academic events). A refreshing, good old 20th-century colloquium with an audience of two dozen people actually listening with concentration and attention, and no doubt walking out with the feeling of being more intelligent than when they entered the room two hours earlier. If in addition you can take away thoughts on your TGV home that you know will enrich your teaching and research, you have a brief, satisfying glimpse of what academic life might be.