Mary C. Murphy is lecturer in politics with the Department of Government of University College Cork. Her primary area of research is Northern Ireland and the European Union and the dynamics of the relationship between sub-national and EU politics. 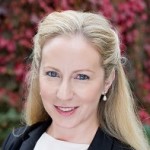 As if things were not already complicated enough in Northern Ireland, recent events have even added to the general feeling of instability and uncertainty. Both the assembly elections and the unfolding of Brexit – with increasing disagreements between London and Edinburgh – have not been particularly encouraging. 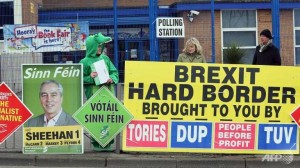 The 2017 Northern Ireland Assembly election was, in some ways, a predictable affair. The Democratic Unionist Party (DUP) maintained their position as the largest party with the nationalist Sinn Féin movement in second place. However, this outcome masks some very interesting shifts in voting preferences and patterns. Not only do these developments further complicate Northern Ireland politics, but they also point to the growing politicisation of the Brexit debate.

The most striking outcome is the increase in support for Sinn Féin. The party secured 27 seats, its largest ever share of Assembly seats, just one seat less than their DUP rivals. When combined with the 12 seats won by the smaller nationalist party – the Social Democratic and Labour Party (SDLP) – nationalists now control 39 of the Assembly’s 90 seats. They were helped by an increased turnout, particularly among non-unionist voters.

While the DUP remains the largest political party in Northern Ireland, it has shed 10 seats since the last Assembly election. The combined total seat tally for all unionist parties is 40, just one seat more than their nationalist counterparts. Perhaps more significantly, however, this is the first time that the Unionist outright majority has been undermined. Unionist political parties no longer dominate in Northern Ireland.

Middle ground political parties did relatively well. Despite a reduction in the overall number of Assembly seats from 108 to 90, the centrist Alliance Party of Northern Ireland (APNI) and the Green Party retained all of their seats. There was some evidence too of cross-community voting. Some successful nationalist SDLP candidates owe their victories to vote transfers from the smaller, moderate Ulster Unionist Party (UUP).

The politicisation of Brexit

The election campaign was little different to previous campaigns. ‘Bread and butter’ policy issues did receive some limited airing, but traditional political rivalries tended to dominate electoral discourse. Sinn Fein’s campaign centred on calls for equality, whilst the DUP cautioned against supporting a ‘radical republican agenda’. Although Brexit did not command significant attention during the campaign, Sinn Féin has been quick to conflate the election result with strong Northern Ireland opposition to Brexit.

Unionists adamantly reject the Sinn Féin view that Brexit has strengthened the logic for Irish unification. In the Republic of Ireland, however, there may be some tacit support among political parties for Sinn Féin’s position. Taoiseach Enda Kenny is keen that the EU’s Brexit deal includes a clause allowing Northern Ireland to re-join the EU in the event of Irish unification. Fianna Fáil, the second largest political party in Ireland, is working on a 12-point plan aimed at reinforcing economic, political and educational links between the Republic of Ireland and Northern Ireland which could help to prepare the way for a united Ireland.

All of this comes at a time when the UK is facing into a period of uncertainty and possible instability with the imminent triggering of Article 50 and the risk of a divisive Scottish referendum. Northern Ireland is subject to these destabilising forces, but the region is also dealing with its own internal difficulties. Agreement on the creation of a Northern Ireland Executive following the Assembly elections has been slow to emerge. Relations between the two key parties – Sinn Féin and the DUP – were already poor, but are being complicated further by Brexit and by related political and constitutional issues.

This dubious political environment is unsettling and the upshot is that the issue of Brexit is becoming politicised in Northern Ireland as unionists and nationalists exhibit divergent views about how to confront the Brexit challenge. The dangers of this situation are two fold. 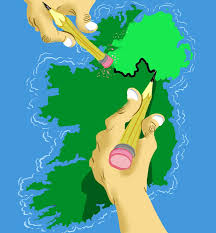 Firstly, there is a real possibility that Northern Ireland interests may not be adequately communicated and considered during the Brexit negotiations. Deteriorating relations between the DUP and Sinn Féin undermine the prospects of an agreed (and strong) Northern Ireland position on Brexit emerging.

Secondly, and perhaps more worryingly, the politicisation of Brexit antagonises the sense of animosity, mistrust and insecurity which currently characterises community relations. All of this further impedes agreement on the creation of a Northern Ireland Executive, which in turn may lead to a troublesome political vacuum.

The post election political arithmetic, deteriorating political relations, and Scottish agitation are compounding the complexity of the Brexit issue in Northern Ireland. This is a rather poisonous mix. As the UK withdrawal process proceeds, it is important that UK, Irish and EU negotiators are attuned to the sensitivities of the Northern Ireland situation. Otherwise Brexit may unleash damaging and negative consequences which undermine years of hard-won economic, political and social progress. In this context, Northern Ireland has the potential to become a serious casualty of Brexit.